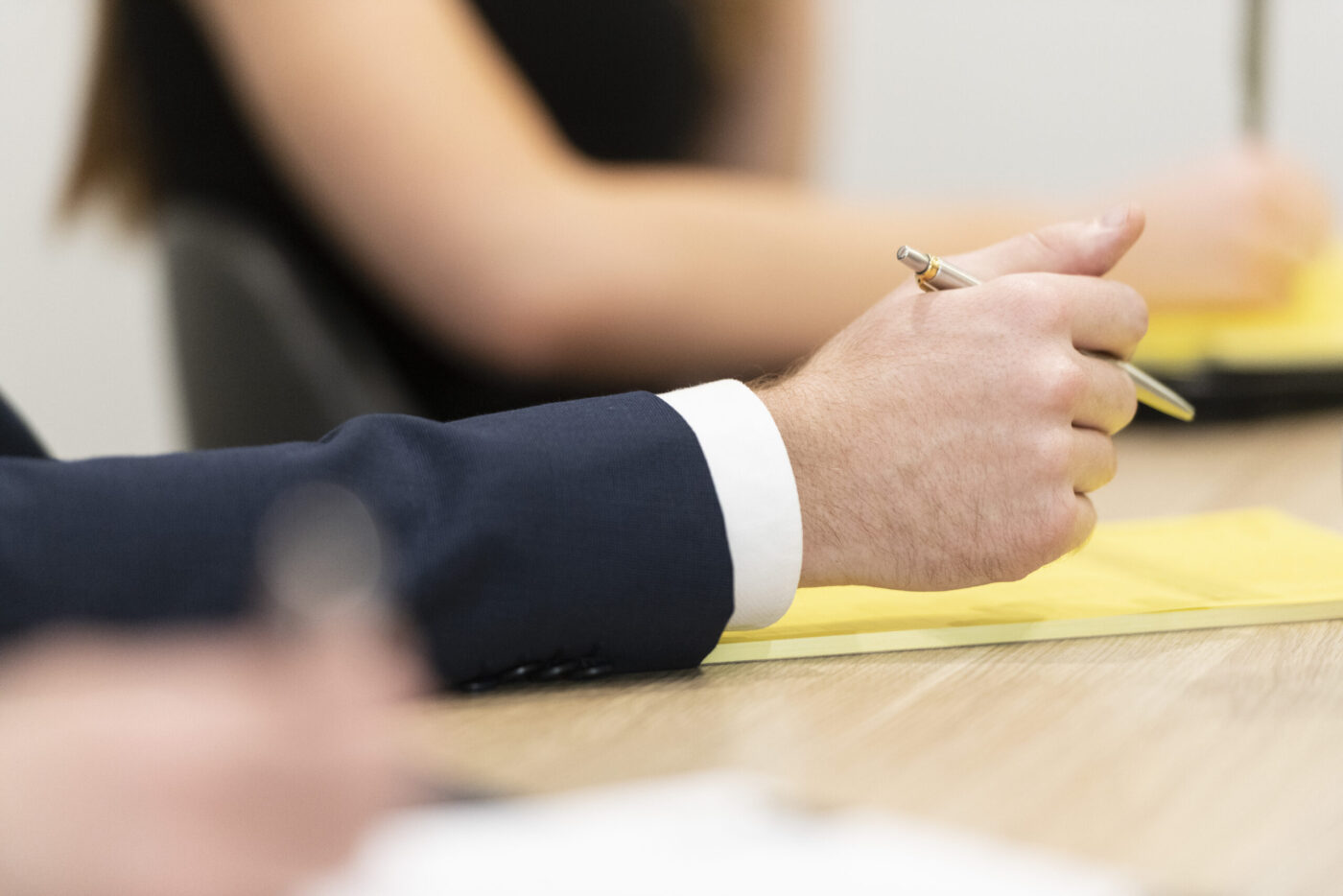 A contract is a legally binding agreement between two or more parties who promise to do (or not do) something in return for payment of some sort.

What is a Contract?

Contrary to popular belief, a contract does not need to be in writing — it can be oral, part oral and part written, or even implied by conduct.

Entering a contract is a regular part of life, whether you are aware of it or not. For instance, you enter into a contract when you buy a loaf of bread, negotiate a pay rise or buy a movie ticket.

Most contract disputes arise when a party to the contract breaches a term that is written or implied in the contract.

A breach of contract usually occurs through:

A breach of contract can have a severe impact on people and businesses. Whether you are the plaintiff or the defendant in a contract dispute, our team of dedicated contract lawyers in Brisbane can provide expert legal advice to ensure your rights are protected.

Property
View all services
Talk to us

Read reviews
Talk to us

What our clients say

…turned our crazy situation into positive new beginnings… We would highly recommend their services to anyone who is in need of professional property lawyers who have your best interests at heart. Thank you Mitchell and Melany!

During the first phone call with Spencer I knew immediately that I was in competent hands. Spencer and his troops moved into position akin to military action… I would strongly recommend contacting Gibbs Wright Litigation Lawyers…

Types of contract disputes we can help you with

A contract dispute is the most common dispute for a business, and usually arises as a result of a breach by one of the parties to the contr act. Differences in the interpretation of contract terms can also be a major cause of conflict.

Gibbs Wright has Brisbane-based contract lawyers who can help with disputes related to, for example:

Who and how we can help

Our lawyers can help any party to a contract dispute. We can help a plaintiff to claim damages or other remedies to ensure they are adequately compensated. We can help a defendant fight a claim for damages, argue that the amount claimed is too high, or lodge a counterclaim.

We can help solve contract disputes in all types of businesses, including retail, mining, and construction.

A dispute may require simple enforcement proceedings, or it may require more complex action to deal with instances of negligence or misleading or deceptive conduct, for example.

Resolving a contract dispute may require:

When the parties negotiate a resolution without the need for formal mediation or arbitration.

When an independent mediator is appointed to help the parties resolve the dispute rather than decide it.

When an arbitrator is appointed by the disputing parties or by a court, with the arbitrator making a legally binding decision.

When negotiation, or mediation and arbitration, cannot resolve the dispute, it will need to be taken to court.

Gibbs Wright contract lawyers can offer professional advice on all options to ensure an effective resolution. Call us for a free, no-obligation consultation.

Gibbs Wright Litigation Lawyers has experience in resolving contractual disputes. You can work with a contract lawyer who can provide you with legal advice and ensure you understand your rights and obligations.

If you’re involved in a contract dispute, the right advice is essential. Discuss your matter with one of our experienced Brisbane-based contract lawyers from anywhere in Australia today.

Meet the team
Talk to us

Do you need a lawyer to draft a contract?

No, a lawyer is not necessarily required to draft a contract. However, a lawyer can help you by drafting a contract with careful wording, one that minimises the risk of contract breaches by ensuring each party is aware of its rights and responsibilities. An ambiguous contract can be open to several interpretations and the consequences can potentially be disastrous.

Contract law is a complex area of law, and you should protect your interests with a well-drafted contract. Call Gibbs Wright Litigation Lawyers for a free and confidential consultation about your contract matter.

What is the difference between a contract and an agreement?

An agreement is an arrangement or understanding reached between parties where there is no intention to be legally bound.

A contract is a specific agreement that has elements that make it legally binding and enforceable by a court. There is an intention, either express or implied, to be legally bound. The essential elements of a contract are:
• offer and acceptance — an offer is made by one party and accepted by the other party;
• consideration — something of value is exchanged for a promise;
• intention — the parties must intend to make a legally binding agreement; and
• capacity — the parties must be capable of entering into the contract.

Why should a lawyer review your contract?

A contract lawyer should review your contract because the document is the key to your business success.

It is vital that your interests are protected and that each party to the contract has clarity about their rights and responsibilities.

There can be serious legal consequences for a party that fails to keep its promise.

What are some of the common types of contract disputes?

What is a breach of contract?

There are four main types of contract breaches:

Material — when a party receives significantly less (or a significantly different result) than what was stated in the contract. Damages can be sought for both direct and indirect consequences of the contract breach.

Minor — when a party fails to fulfil part of an obligation. Damages can be sought only if the non-breaching party can prove the breach caused financial losses.

Anticipatory — when a breach has not occurred but a party has indicated that it will not fulfil its obligations under the contract. One party can notify the other party or a claim can be based on actions which suggest a party does not intend to deliver.

Actual — when a party has either refused to perform its obligations by the due date, or performed them improperly or incompletely.

What remedies can I claim for breach of contract?

The type of remedy available depends on the type of contract, the scale and severity of the breach, and whether the contract contains any clause for dealing with a breach. Remedies include:

Damages
The court can award damages (money) to compensate the innocent party for loss suffered due to the breach. The amount of damages to be paid can be specified in the contract (liquidated damages) or otherwise decided by a court (unliquidated damages).

Injunction
A court can order an injunction to restrain a person from breaching, or continuing to breach, a contract.

Specific performance
This kind of court order directs a party to perform their contractual obligations. This order can be made when the damages awarded are not adequate compensation.

Termination
A court can order that the contract be terminated and that the party in breach restore the innocent party to the position it was in before the contract was signed.

Are there any defences available to a claim for breach of contract?

Yes. There may be defences available to a person or business accused of breaching a contract which could avoid or limit any liability. Whether a defence applies will depend on the circumstances of the case.

Is a verbal contract valid?

Contrary to popular belief, a contract does not need to be in writing — it can be verbal.

A verbal contract will be valid if it can be established that it has all the essential elements of a contract:
• offer and acceptance — an offer is made by one party and accepted by the other party;
• consideration — something of value is exchanged for a promise;
• intention — the parties must intend to make a legally binding agreement; and
• capacity — the parties must be capable of entering into the contract.

It can be difficult to prove that a verbal contract exists and what its agreed terms are.

When can a contract not be legally enforced?

A contract may be unenforceable for reasons such as:
• it violates public policy, for example a contract to sell illegal drugs;
• it involved duress or undue influence;
• a party did not have capacity to enter the contract, for example the person was a child or had a mental impairment;
• one party or both made an honest mistake;
• it is unfair due to unconscionability, for example there was no room for one party to negotiate; or
• one party used a misrepresentation or false statement to induce the other to enter the contract.

If you’re involved in a contract dispute, it is recommended that you seek legal advice. You can do so by calling Gibbs Wright Litigation Lawyers for a free, no-obligation consultation about your legal rights and options.

Fill out the form. Provide as much detail as possible. Get a callback within 2 business hours!

If your dispute is urgent please call