What is an Injunction?

Home > What is an Injunction?

Definition of an Injunction

There are several types of injunctions available, each of the individual injunctions have their own requirements and elements to prove.

Types of injunctions include:

An ‘interlocutory injunction’ (also known as a ‘perpetual injunction’) is a temporary order which is usually framed to continue to be in force until the trial or until further notice, and are generally sought in urgent circumstances to protect an immediate right until the Court has time to hear the dispute at trial.

Interlocutory injunctions may be sought in several types of cases ranging from contractual, property and tortious disputes, all the way through to when the Government goes to exercise its constitutional powers.

“The purpose for which the courts grant an interlocutory injunction…is to regulate and where possible to preserve, the rights of the parties pending the final determination of the matter which is in issue by the Court”.

Lord Denning in the case of Hubbard v Vosper [1972] 2 QB 84 at 96 highlighted the Courts considerations when assessing an interlocutory injunction, he stated that:

“In considering whether to grant an interlocutory injunction, the right course for a judge is to look at the whole case. He must have regard not only to the strength of the claim but also to the strength of the defence, and then decide what is best to be done. Sometimes it is best to grant an injunction so as to maintain the status quo until the trial. At other times it is best not to impose a restraint upon the defendant but leave him free to go ahead…The remedy by interlocutory injunction is so useful that it should be kept flexible and discretionary. It must not be made subject to strict rules”.

An interlocutory injunction will not be granted unless the following elements are established:

The ‘prima facie’ test is set out in Beecham Group Ltd v Bristol Laboratories Pty Ltd (2006) 227 CLT 57 at [65] Justices Gummow and Hayne explained that in assessing whether the applicant had made out a prima facie case they stated that:

“It is sufficient that the plaintiff shows a sufficient likelihood of success to justify in the circumstances the preservation of the status quo pending the trail”.

Rather than needing to be demonstrated that it was more likely than not that the plaintiff would succeed at trial, or that they were certain to succeed, the Plaintiff needs only show that they have a ‘sufficient likelihood of success’.

The balance of convenience favours the grant of the injunction

The balance of convenience is the course to achieve justice between the parties pending resolution taking into consideration applicant entitlement, consequences to each party of the injunction or the refusal of the injunction. It is worth mentioning that a weaker claim may still attract interlocutory relief where the balance of convenience is strongly in favour of it.

The Plaintiff provides an undertaking as to damages

Before the Courts will grant an interlocutory injunction, the applicant will more often than not be required to give the ‘usual undertaking of damages.’ It is an undertaking by the applicant to pay damages to the respondent for any loss sustained by having to comply with the injunction if it should be held at the trial that the injunction was, in fact, incorrectly granted.

The Court decides to exercise its discretion in awarding an injunction

Many decisions (not just those relating to injunctions) which the Court makes require an exercise of judicial discretion. This allows the judge hearing the matter to consider all the relevant facts before making a decision.

All injunctions are subject to the discretion of the Court and the individual circumstances of each case, and particularly the relief sought once all the factors of the case are considered and weighed up against each other.

One particular discretionary factor is whether damages would be an adequate remedy. The Courts in Evans Marshall & Co Ltd v Bertola SA [1973] 1 WLR 349 at 379 discussed:

“The standard question in relation to the grant of an injunction, “Are the damages as adequate remedy?”, might perhaps, in the light of the authorities of recent years be written: “Is it just in all circumstances, that a plaintiff should be confined to his remedy in damages?”

A prohibitory injunction is an order made by the Court forcing a party to refrain from doing a particular act or thing.

These type of injunctions are most commonly sought on an interlocutory basis as they prevent further damage occurring. The most common examples being breach of contract.

When applied a prohibitory injunction may most commonly be obtained to:

An injunction may be granted to restore the situation which would have prevailed but for the defendant’s breach of contract. For example, reinstating a tenant to their leased property when they have been wrongfully evicted by a landlord: Luganada v Service Hotels Ltd [1969] 2 Ch 209.

Similar examples include where one party to a contract is refusing to comply with their obligations. A mandatory injunction can be sought which orders them to do a certain thing, e.g., sign documents necessary for the transfer of land.

It is important to note that a mandatory injunction is not as readily granted as a prohibitory injunction. The Court is more inclined to order someone not to do something than to impose a positive obligation on them. However, the Court will intervene in this way in situations where it is shown that either:

An ‘ex parte’ Court proceeding is brought by an applicant in the absence of the respondent.

An ‘ex parte’ injunction is granted against a defendant who has not been served, this type of injunction is most commonly used in situations of great urgency and generally only lasts for a restricted period of time. The ex parte application must clearly be reserved for very special circumstances.

“Megarry J has gone so far as to say this: ‘Ex parte injunctions are for cases of real urgency, where there has been a true impossibility of giving notice of motion: Bates v. Lord Hailsham (1972) 1 WLR 1373 at 1380. This statement was probably not intended to be absolute, as His Lordship’s later words (‘unless perhaps the plaintiff had had an overwhelming case on the merits’) seemed to accept. While the applicant will find it very difficult to persuade the Court, in a strong enough case an ex parte injunction can properly be granted although the applicant could have given notice of the application but has failed to do so.

The modern practice in most cases where service of Court documents has not been possible is to adjourn, or postpone, the hearing of the application until the respondent has been properly served.

“It is the duty of a party asking for an injunction or indeed for any order ex parte to bring under the notice of the Court all facts and material to the determination of his right to that relief…’Uberrima fides is required, and the party inducing the Court to act in the absence of the other party, fails in his obligation unless he supplies the place of the absent party to the extent of bringing forward all the material facts which that party would presumably have brought forward in his defence to that application. Unless that is done, the implied condition upon which the Court acts in forming its judgment is unfulfilled and the order so obtained must almost invariably fall…”

This duty imposes a high standard of candour and responsibility upon the applicant apply for the ex parte injunction. It extends beyond ensuring appropriate disclosure of facts favouring refusal of the injunction to all other relevant factors this includes applicant’s omission, defects in the evidentiary basis of the applicant’s case and material legal issues.

It is worth mentioning that an ex parte injunction is commonly awarded in conjunction with a freezing order (a legal mechanism used to prevent a party from removing, hiding or selling certain assets) and search orders such as an Anton Pillar Order (a legal mechanisms that requires the defendant to permit the plaintiff and or his or her legal representative to enter the defendant’s premises in order to obtain evidence essential to the plaintiff’s case).

For when you need Assistance

We can assist you to determine whether an injunction is appropriate in the circumstances.

Share
Facebook0LinkedIn0
The content of this publication is intended as general commentary only and may not be suitable or applicable to your personal circumstances. It is not intended to replace independent legal advice. You can contact us at our Brisbane Office for a free consultation on a range of litigation matters on (07) 3088 6364. 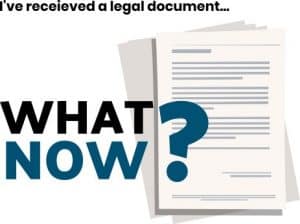 I’ve just received a Notice of Termination of Lease
June 29, 2020

Learn what steps to take when receiving a notice of termination of lease from your landlord. 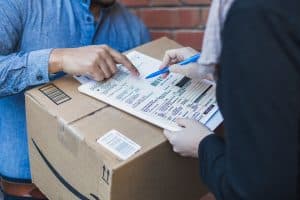 Learn what your rights and responsibilities are when you receive something you did not ask for.

The 4 things you should know, before signing a legal document
May 19, 2020

Your signature is your official stamp and you should be careful with it. Learn what to look for when signing a legal document.

Do you need a Litigation lawyer?

We offer an initial, no cost, obligation-free consultation to assess the strength of your case.