This document means the person or company who sent it to you has arranged a Court hearing to have you declared bankrupt. The date, time and place of the hearing will be set out in the creditor’s petition.

This is a very serious matter requiring your immediate attention.

If you do not arrange to be represented at the hearing, there is every likelihood that the Court will order that you be declared bankrupt on that date.

Creditor’s petitions are presented in Australia under section 43 (1) of the Bankruptcy Act 1966 (the Act).

Presenting a creditor’s petition, as described in the Act, means filing a Form B6 Creditor’s Petition under the Bankruptcy Rules 2016 in the Federal Circuit Court together with several other prescribed affidavits to support the application. Upon filing, the Court allocates a hearing date for the creditor’s petition to be heard, endorses this on the petition, and returns the documents to the creditor to be served on the debtor.

If a sequestration order is made and the debtor is declared bankrupt, a bankruptcy trustee will be appointed by the Court to administer the debtor’s financial affairs. The trustee will distribute the debtor’s divisible assets amongst their creditors. This can include part of any income they are receiving and the family home if there is equity available.

The minimum period for bankruptcy is three years. However, there is scope for this to be extended to up to eight years if the debtor is unco-operative and it is in the interests of the debtor’s creditors to do so.

After three years the debtor is automatically discharged from bankruptcy, but a record of their bankruptcy will remain permanently available to anyone searching the National Personal Insolvency Index database. This may adversely affect the debtor’s ability to obtain credit or finance in the future even after their discharge from bankruptcy.

If the debtor’s opposition to the creditor’s petition is successful, the petition may be dismissed by the Court.

Because failure to respond to a creditor’s petition served on you has such serious consequences, the creditor issuing it must have strictly complied with all legal formalities under the Bankruptcy Act for filing and serving a creditor’s petition. Some of these considerations are set out below.

How was the creditor’s petition served?

How you received your creditor’s petition is extremely important. You should make a note of how and when you received it and keep copies of all written communications you received with it.

Are the creditor’s details correct?

Do you know the person or company who has sent you the creditor’s petition? Compare the details on the petition with previous documents you have received from them. Do they make sense or is there some confusion?

Are your details correct?

Has the person or company who sent you the creditor’s petition correctly described your details in the petition? This is very important; particularly in relation to your name.

Were you aware there was a judgment or bankruptcy notice issued against you?

The documents accompanying a creditor’s petition will include a bankruptcy notice and judgment. The judgment will have a Court heading on it describing the Court it was issued from, a claim number, and the parties concerned with that claim. Are you familiar with those Court proceedings, or is that the first time you became aware of them? Is this the first time you saw the bankruptcy notice? If not, what were the circumstances in which you received it?

Do you owe the creditor money?

If you are not familiar with the Court proceedings or judgment, check your records to see if you have ever had any contact with the person or company who issued the bankruptcy notice and creditor’s petition. Situations have arisen where the wrong person has been sued for a debt because they have a similar name to the actual debtor.

If you have dealt with the creditor before, according to your own records and understanding, did you still owe them any money? If there was a balance owing to the creditor, was there another reason you had not paid it? Did they owe you a similar or larger amount of money?

Is the amount claimed overstated?

You may have these options

Apply for an adjournment

Apply for a dismissal

To apply to the Court to dismiss the creditor’s petition

If the information in the creditor’s petition is completely accurate, the first two options are the appropriate ones for you to consider. If you do not currently have the financial means to pay the full amount claimed, and the creditor will not agree to an informal arrangement to settle that amount, a personal insolvency agreement under Part X of the Bankruptcy Act is a formal option that may be available to you to achieve that outcome. Commencing this process automatically stays proceedings relating to the creditor’s petition until this option has been voted on by your creditors (section 189AAA of the Act).

It may well be that you intend to oppose the creditor’s petition on some of the grounds described above but require more time to prepare your case. You may also need more time to negotiate an outcome with the creditor or are awaiting the outcome of Court proceedings related to the creditor’s debt. In those situations, you may be able to obtain an adjournment from the Court. An application for an adjournment will need to be supported by affidavit evidence prepared by a lawyer experienced in bankruptcy law.

One of the most persuasive grounds a debtor can use to have a creditor’s petition dismissed is to prove to the Court that they are solvent. Bankruptcy is a legal process for the administration of an insolvent person’s affairs. If you are not insolvent, this needs to be demonstrated to the Court. Balance sheet solvency is not enough, i.e. an excess of assets over liabilities. The test of solvency is being able to pay your debts as and when they fall due. Sufficient assets to cover those debts may not be enough to prove solvency to a Court if those assets cannot be readily sold to pay creditors. To prove solvency the Court needs to be shown, by affidavit evidence, all relevant material with respect to the debtor’s financial affairs so that it can make its judgment based on full facts and the actual circumstances of the bankrupt (Mehajer v Weston in his Capacity as Trustee of the Bankrupt Estate of Salim Mehajer [2019] FCA 1713).

Bankruptcy is a technical and complex area of law and you should seriously consider obtaining legal advice if you believe that there may be grounds to oppose the creditor’s petition you have received. Doing this may well be the difference between achieving a just outcome and a sequestration order being made against you declaring you bankrupt.

If the bankruptcy notice you received prior to the creditor’s petition being presented was issued before 25 March 2020, you only had 21 days from the date you received it to apply to set it aside.

However, if the bankruptcy notice was issued from 25 March 2020, then you have six months to apply to set it aside.

If you have recently received a creditor’s petition and require assistance to urgently assess its ramifications for you, one of our expert team of solicitors will be happy to help you. Contact Gibbs Wright Litigation Lawyers today for a free and confidential initial consultation to explore your options and legal rights.

Share
Facebook0LinkedIn0
The content of this publication is intended as general commentary only and may not be suitable or applicable to your personal circumstances. It is not intended to replace independent legal advice. You can contact us at our Brisbane Office for a free consultation on a range of litigation matters on (07) 3088 6364.

Misleading and Deceptive Conduct
May 25, 2020

A cause of action in misleading and deceptive conduct is founded in the Australian Consumer Law. Learn how it affects consumers in relation to goods and services. 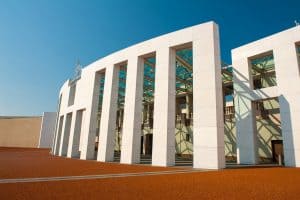 A guide to the process of contesting the rules and regulations made by governments and agencies.

Need help with a Creditor's Petition?

We offer an intial, no-cost, obligation free consultation to discuss your case.